GEOPOLITICALLY, the island of Borneo is divided into three regions: Brunei Darussalam, Malaysia and Indonesia. But they all share a common cultural root: Malay.

This similarity is easily identified from the natives, especially their language and faith. Malay linguist James T Collins once traced the position of the Malay dialects in the genealogy of the Ancient Malay Language based on its innovation of phonology and vocabulary used in the different local dialects.

Regarding faith, a large part of the Borneo population are Muslim. The development of Islam in Borneo can be traced back to the arrival of the religion to the Southeast Asia Archipelago in the 13th to 14th centuries.

Islam was brought by Muslim merchants from Arabia, Persia, India and China, and even Sufis with their many tariqahs. These merchants established colonies and devised political power by forming sultanates, ruled by sultans. However, many experts agree that the arrival of Islam was by peaceful ways, such as through commerce, marriage and culture.

This genealogy of language, faith and politics which forms the basis of the Malay cultural identity in Borneo, and its links with Brunei, is widely discussed in a book entitled Pemuliharaan Sejarah dan Tamadun Borneo Ke Arah Pengukuhan Negara Bangsa (The Conservation of Borneo History and Civilization Toward Nation Building), published by the Brunei History Centre (BHC).

The 700-page book, written in Malay, is a compilation of 42 papers presented at the “Seminar on Borneo History” in 2007. The seminar was a continuation of the project “The Sultanate’s Traces in Borneo”, organized by the BHC.

The project found that much historical data regarding past legacies on Borneo, and their links to Brunei, were scattered across the island and still have not been studied in great depth. 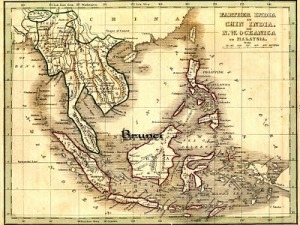 Local and foreign expert historians, cultural men and members of the sultanates on Borneo were invited to share their knowledge on various aspects of Borneo. Besides Brunei, they came from Sarawak and Sabah, and from East, South and West Kalimantan. Some even hailed from the Philippines.

The book covers historical data of Borneo, such as the genealogy of the Malay sultanates and sovereigns on the island, including the development of Islam, local leaders, manuscripts, artifacts, archeology, monuments, culture, language and Jawi script, among others, and their links to Brunei.

A brief, condensed but comprehensive paper on the links between the sultanates on Borneo to Brunei was discussed by Haji Abd Karim Haji Abd Rahman of the BHC.

He concluded that all of the sultanates on the island with the exception of one were a continuity of the pre-Islamic kingdoms with a clear genealogy of their sovereigns, such as Sultan Surianshah of Banjarmasin, who had genealogical links to the Hindu Kingdom of Negaradipa in Amuntai, as did the sultans of Berau, Bulungan and Kutai. 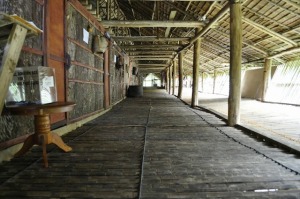 However, it is argued, these phenomena do not apply to the Sultanate of Brunei, formed by Brunei King Sang Aji Awang Alak Betatar when he embraced Islam in the 14th century, because sources of oral traditions in Brunei have vanished, while archeological sources and Chinese chronicles have not been able to create a complete history of the early kingdom’s shape before the 14th century.

“It was caused by the (lack of) sources of it… (they) are not supported by traditional sources, such as in Kalimantan,” Karim argued. 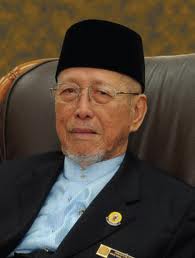 The tome is very useful for those who want a broader understanding of the history, culture and development of civilization on Borneo Island, and its links to Brunei Darusalam.

Unfortunately, there is no index and the biodata of author whose paper is in the book is very brief.

The publication of such a seminar’s working papers in a book like this, especially in the field of history, should become the norm in Brunei because it can be a valuable reference for students and researchers alike.

SOTHEBY’S finally auctioned off a rare Bruneian Al-Quran manuscript dated 1660 for £97,250 (B$204,225) last Tuesday. Of interest is that the old manuscript was written by Hashim ibn Muhammad al-Brunawi in Kota Batu, the old capital of the Brunei Malay sultanate and was dedicated to “our lord the Sultan”.

But, who was “our lord the Sultan”? In its website, Sotheby’s mentioned that the reigning Sultan of Brunei in the year 1660 was Sultan Muhyidin. But according to the Brunei History Centre, the reigning sultan at that year was Sultan Haji Muhammad Ali (1660-1661) who replaced Sultan Abdul Jalilul Akbar (1659-1660). Sultan Muhyidin himself was the 14th Sultan who reigned from 1673 to 1690. He replaced Sultan Abdul Hakkul Mubin (1661-1673).

Historians say that the recently auctioned Bruneian manuscript is but one of the many thousands of old manuscripts from the Malay Archipelago which are spread all over the globe.

Some historians say that as many as 10,000 Malay and Islamic manuscripts, including Jawi manuscripts, are scattered in 28 countries, including the Netherlands, France, Great Britain, Germany, Austria, Switzerland and even the US.

The westerners did not only colonialise the states in the archipelago, but they also took away its natural, historical and cultural resources such as manuscripts and artefacts. The forced removal of important manuscripts to Europe had been conducted since the 16th century, aiming at perpetuating colonialism and scientific studies.

Many students and researchers, including those who come from the Malay Archipelago (Brunei, Indonesia, Malaysia) had to study the Islamic and Jawi manuscripts in those western countries. His Majesty Sultan Haji Hassanal Bolkiah Mu’izzaddin Waddaulah, the Sultan and Yang Di-Pertuan of Brunei Darussalam, initiated the move to build a gallery to conserve old and rare manuscripts. The gallery was also expected to be a rich source for students and researchers to study the legacy of Malay and Islamic cultures.

The gallery was named “The Sultan Haji Hassanal Bolkiah Islamic Exhibition Gallery”, which was opened on August 18, 2001, in conjunction with the First International Islamic Expo.

According to Penjana Tamaddun Islam (“Revitalising Islamic Gallery”), a book published by the State Mufti’s Office to commemorate the establishment of the Sultan Haji Hassanal Bolkiah Islamic Exhibition Gallery (2006), there are 708 Islamic manuscripts listed in the gallery.

It should also be noted that there are some 117 Jawi manuscripts in the Sultanate, 40 of them are presently kept at the gallery.

Some 300 mushafs (handwritten Al-Quran in various forms) from various countries such as North Africa, Middle East, South Asia and Southeast Asia are also exhibited at the gallery. His Majesty’s other old manuscript collections of Al-Quran can also be found in the Brunei National Museum in Kota Batu.

The manuscripts played significant roles in the community, especially in the spread of Islam and the development of Malay literature in the archipelago.

One of the old manuscripts which had a strong influence in urging the Malay people to rise against the European powers was the Kitab Dala’il Khairaat.

This kitab was widely known as the book which was used by Malay sultans to fight against European powers. Raja Haji of the Johor-Riau Sultanate and his troops, for an example, read the manuscript before their major offensive against Dutch troops at the battle of Linggi in 1783. 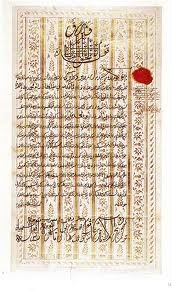 While from Indonesia, one of Abdul Samad al-Falimbani’s works also encouraged local freedom fighters to fight against the Dutch in Palembang, Sumatra. 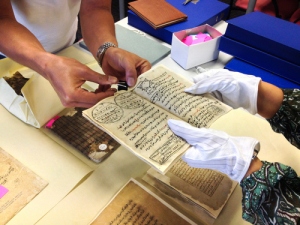 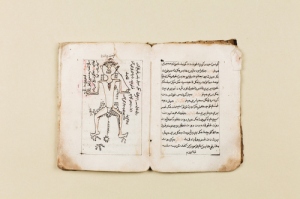