AN atheist once challenged me by asking, “If God created the Universe, then He must be outside of it. That proves that God doesn’t exist because nothing can be outside of the Universe since the Universe by definition includes everything”. The atheist considered his argument pretty profound and claimed still unanswerable by believers.

I explained to him that God is the Creator of the whole Universe, which is a clear evidence for the existence of one true God who controls everything in the Universe. Nothing occurs without God’s knowledge. Nothing moves without God’s order. Nothing stops without God’s permission. God has Power over everything. That’s why God can be everywhere He wants and only Him can do it.

Does the atheist have a point that God could not have created the Universe because to do so would put Him outside of the Universe that He can’t be outside of something that includes everything, therefore the belief in God must be false?

There is really a simple explanation to that as I have explained to the man; God can do anything He wants to do. He is most powerful and there is nothing that is impossible for Him to do or to achieve. God is always in charge and can do or not do as He pleases.

God has wisdom in everything He does. Our role is to admit to God’s Will and Wisdom because sometimes we cannot grasp this wisdom. Whatever God does is right and just. He has created everything in proportion and measure.
Physicists have already universally adopted the “big bang” theory which mimics the Quranic version that God created everything out of nothing. The problem for the atheist is a lack of understanding of who and what God is.

In another case, I still remember having a dialog quite sometime ago with an atheist about the poof of the existence of God. His argument was that whatever you cannot see, feel, or hear is not real. So he believes God is not real.

Then I asked him if he believes in aliens and his response really surprised me as he does believe in the existence of extraterrestrial (ET) beings. When I asked him why it is so as he has not seen these beings before, his response was it’s illogical that only humans can exist in this vast universe. But then I challenged him by saying it contradicts with his belief that whatever he cannot see, feel, or hear is not real.

Then asked him if he believes an alien can posses the ability to control molecules and produce a lightning bolt generated by its own body. His response was that’s just Science fiction. But when I mentioned the ability of an electric eel, he could not answer back. My last question to him was, if he believes ET beings do exist and could have supernatural power like the electric eel, then why is it hard for him to accept the existence of the being that posses supernatural power with much superior abilities than humans, a being who can control molecules and at the same time has the ability to control the universe.

I later reminded him that many world great thinkers, scientists and professors believe in the existence of God. One of them was Sir Isaac Newton and there is a famous true story about him with an atheist friend.
Newton once had a skilled mechanic make for him a model of the solar system. Balls representing the planets were geared together so as to move realistically in orbit. One day an atheist friend visited Newton. On seeing the model, he operated it, and exclaimed in admiration, “Who made it?” Newton answered, “Nobody!” The atheist replied,

“You must think I am a fool! Of course somebody made it, and he is a genius.” Newton then said to his friend,

“This thing is but a puny imitation of a much grander system whose laws you know, and I am not able to convince you that this mere toy is without a designer and maker; yet you profess to believe that the great original from which the design is taken has come into being without either designer or maker!”

According to most scholars, Newton was Arian, not holding to Trinitarianism. In Newton’s eyes, worshipping Christ as God was idolatry, to him the fundamental sin. It’s the statements from Newton’s manuscripts produced late in his life which demonstrate Newton rejected the view of the Trinity.

If God created the universe and everything has a creator, then the question posed is who created God? This question was asked by an atheist to a friend who had a discussion with a group of people who don’t believe in God. And my friend could not answer and he could not sleep the whole night.

The next day he contacted me and told me the whole incident. I explained to him that only thing that changes must have a creator. Every thing in the universe has a beginning and an end, and thus they all can be considered as changing. The time or duration of the changes happens only in the universe and not outside it as time only exists inside the universe when the universe was first formed.

Hearing my explanation, my friend was very happy.

I have a story I want to share with readers. There was once a student who just came back from overseas. When he got home, he asked his parents to look for a religious teacher, who can answer his three questions which an Atheist friend has taught him. Finally the young man’s parents found an Ustaz (a religious teacher).

Student: Who are you? Can you answer my three questions?
Ustaz: I am a servant of God and with His permission I will answer your questions.
Student: Are you sure? Many learned men were unable to answer my questions.
Ustaz: I would like to try to the extent of my ability.
Student: I have 3 questions: -
1. If indeed there is a God, show me his existence.
2. What is destiny
3. Why the devil created of fire, entered into hell that is also made of fire, surely it would not hurt the devil because they have the same elements in common. Does God not even think that far?

Suddenly the Ustaz slapped the young man very hard in his face.

Student (while the pain): Why are you angry with me?
Ustaz: I’m not angry … The slap is my answer to all the questions that you’ve asked me.
Student: I don’t really understand.
Ustaz: What did you feel when I slapped you?
Student: Of course I felt the pain.
Ustaz: So you believe that pain exists?
Student: Yes!
Ustaz: Show me that pain exists!
Student: I can’t.
Ustaz: That answers the first question … we all feel the existence of God without being able to see his form.
Ustaz: Did you dream last night that you will be slapped by me?
Student: No.
Ustaz: Have you ever thought that you will be receiving a slap from me today?
Student: No.
Ustaz: That’s destiny!
Ustaz: The hand that I used to slap you, what is it made of?
Student: Flesh.
Ustaz: What is your cheek made of?
Student: Flesh.
Ustaz: What was it like when I slapped you?
Student: Pain.
Ustaz: Although the devil is made of fire and hell is also are made of fire, with God’s will, hell which is made from fire can be a painful place for the devil. 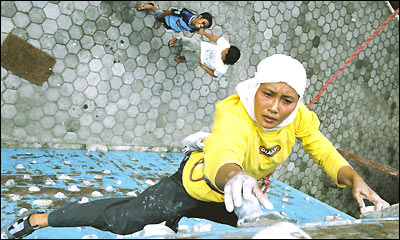 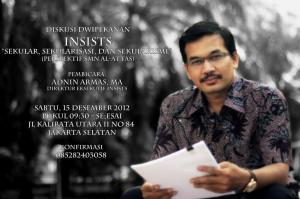 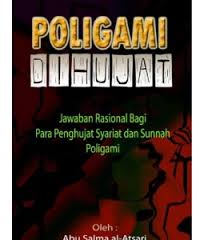 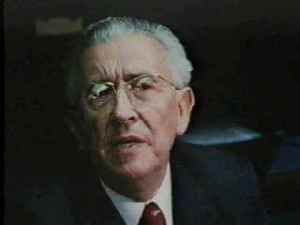 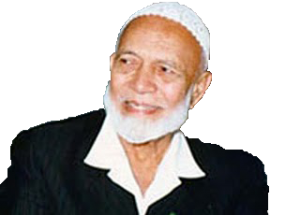 FORMICHI, Chiara. Islam and the Making of the Nation: Kartosuwiryo and Political Islam in 20th Century Indonesia. 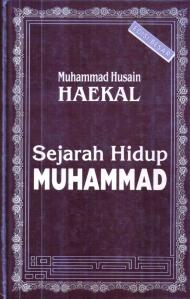 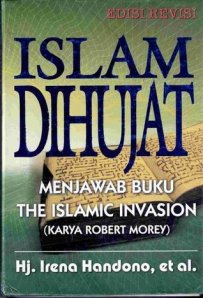 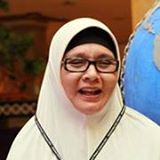 How To Make Your Marriage Work?

IBN TAIMIYYAH. Answering Those Who Altered the Religion of Jesus Christ 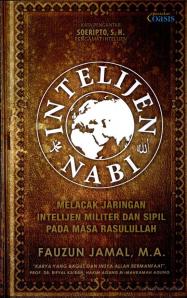 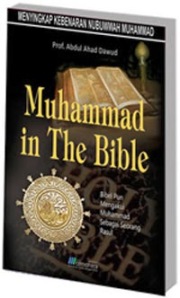 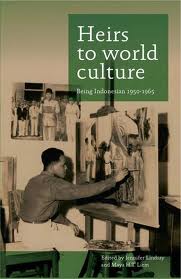 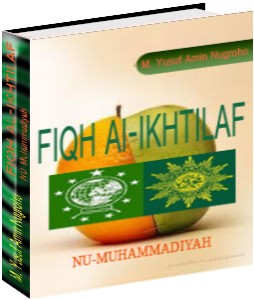 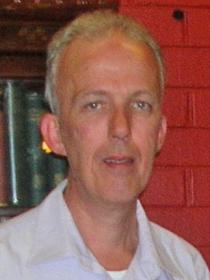 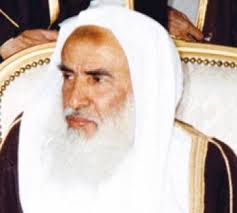